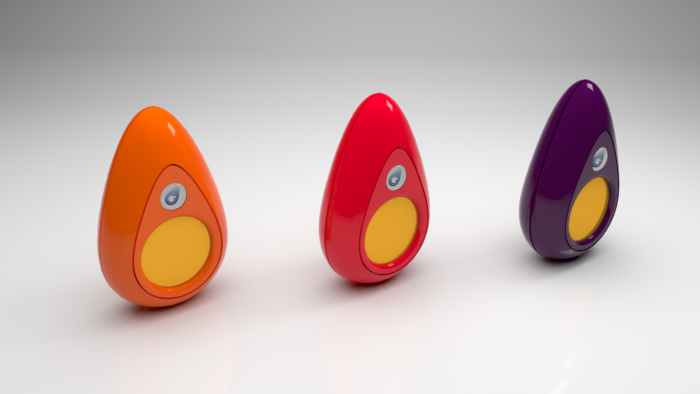 The Verge, one of the less startup-and-tech-hype-y (although not completely free of it either) publications takes a look at a new fitness tracker that wants to incorporate Galvanic Skin Response, a biomarker that, as a lot of other markers, is perennially ambiguous. And yet, we have heaps of gadgets and methods and organisations focussing on this one measurement in the hopes of learning something about our emotional state, our exertion levels while doing sports, whether we’re lying or which topics give them the best leg-up into talking us into joining them.

Instead of metrics like movement or heart rate, the PIP looks at your galvanic skin response (GSR) — basically, the level of moisture on your skin. It’s already a popular measurement, used by everyone from the police to the Church of Scientology, but it can also be mysterious and difficult to read. And as body-tracking devices like the PIP get in on the game, they’re discovering just how ambiguous GSR can really be.

From Scientology to the quantified self: the strange tech behind a new wave of self-trackers | The Verge

The problem, as should be readily apparent, is that one data stream cannot possibly tell you all those things; one marker does not allow inferences about what we want to know from it. And yet this approach is symptomatic in the Quantified Self-movement. In the hopes that additional context or some nifty machine learning algorithms can at some stage make sense of the data that is captured right now, the data that is easily captured right now gets collected. And that shouldn’t be much of a problem in the Quantified Self movement, although it draws a caricature of the stated goal of self-enlightenment of the movement, as this is just hobbyists trying to learn a bit more about themselves, while (hopefully) mostly understanding the capabilities and limitations of the technology they choose to employ.

This line of thought becomes hugely relevant, however, once the rhetoric and methods of said movement travel, while the understanding of limitations gets left behind. We might observe this when we look how fitness apps try to push into the healthcare space, and learn rather harshly that what they thought was meaningful data doesn’t hold up to the levels of scrutiny that we understandably set towards medical applications.

It is, perhaps, with this in mind that we should look at the FDA’s recent decision to bar 23&Me from operating, giving the pseudo-medical nature of their product, combined with the rather fitness-market approach to data acquisition and delivery. This example that recently made the rounds in Germany is but one marker of this.

The problem with all these approaches, and this is where “Smart Cities”, a topic, judging by the number of interview requests I’ve received lately, is making a resurgence in the technology and economics press, starts to enter the picture, is: We measure what we can easily measure, and then forget that this was the reason we measured it.

There exists a school of thought, which, unfortunately, has overtaken management that subscribes to the credo of “if you can’t measure it, you can’t manage it.” I say unfortunately, as most who apply this credo take it to say “I only manage what I can measure” – and then, because, you know, you’d do it as well, go on to start managing that which is most easily measured. It’s called the low hanging fruit.

And under these conditions, Smart City concepts start to look like fitness trackers that rely on Galvanic Skin Response as their primary source of data. It tells you something, but you have no reliable way of figuring out what that something is, never mind making decisions based on that something. And nevertheless, we’re pushing forward to instrument our cities, with no mind of what we actually want to learn about them, and whether what we’re doing right now is in any way fit to tell us that.

Smart Cities are coming along our way. This much is clear. And I’d be remiss to say I don’t crave a little more efficiency and legibility in the infrastructure and processes that I encounter in the Great European Cities. My native Berlin is particularly lacking in this regard. However, given as cities are the cultural and economic engines, and probably the best assets we have, we need to take care of how we approach this.

Because making policy decisions based on data you only gathered because you could cheaply collect it isn’t smart. Not in a fitness tracker, and exponentially not in a city.